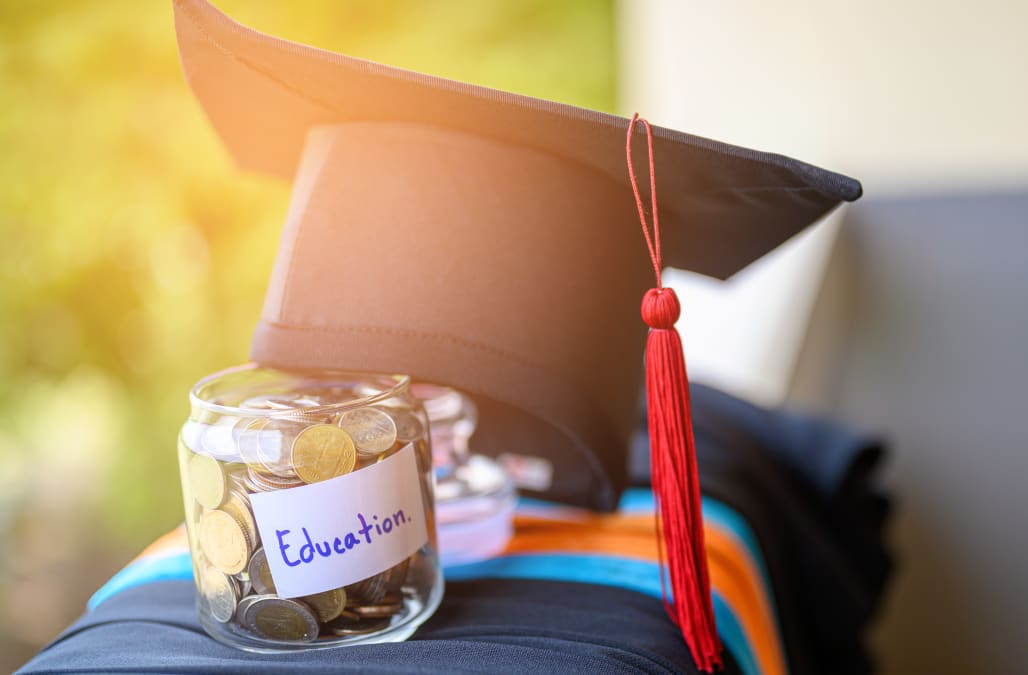 Entry-level jobs are scarce for recent college graduates, which leaves the Class of 2020 in a precarious position as their student loan debt comes due.

Taylor Cabrera has been job-hunting for months since graduating from the University of Mississippi last spring with dual bachelor’s degrees in biology and physics, and has moved in with family in Miami. Her only solid job lead so far was a two-week marketing stint that didn’t pan out, though she says she’s feeling good after a recent interview for an entry-level mortgage position.

Despite her challenges, Cabrera says she knows she’s fortunate when it comes to her student loans. Earning hefty scholarships meant she took on $14,000 in debt, about half of what the average undergraduate carries, according to the Institute for College Access and Success.

“It’s pretty good compared to what everybody else has, but it still hurts my soul,” Cabrera says.

Student loan payments typically begin six months after graduation. But those with federal loans like Cabrera have some respite: There’s an automatic, no-interest payment pause, known as forbearance, in place for all borrowers with federal student loans through December.

Private loan borrowers didn’t get the same break. But all borrowers have options to make payments more manageable, whatever their employment status or type of debt they carry.

Leaving college without a job offer isn’t uncommon, especially during economic downturns. But the class of 2020 faces unique challenges.

The effects of COVID-19 have hit every industry, says Nicole Smith, research professor and chief economist at Georgetown University’s Center on Education and the Workforce. She adds that outside of telecommunications and tech, very few sectors are hiring right now.

“If you’re looking for a corona-proof job, it doesn’t exist,” Smith says.

Positions with titles that include “entry level” or “new grad” have dropped 68% compared with the same time last year, according to a June 2020 report by Glassdoor. Graduates with little or no experience are competing with millions of unemployed Americans.

On top of that, new entrants to the workforce can’t access the safety net of unemployment benefits, even as the prospect of student loan payments looms.

Until employers start hiring again, recent graduates have some options to ease their debt burden.

The federal payment pause gives them time to breathe since loan bills won’t be due until January, barring a possible extension. To manage payments when they restart, those without jobs can choose an income-driven repayment plan or an unemployment deferment.

An income-driven repayment plan is your best long-term option. It caps payments at a portion of your income — 10% for example — and extends the repayment term. If you’re unemployed — or underemployed — your payment could be zero. You must contact your student loan servicer to enroll.

Cabrera says she plans to look into income-driven repayment.

HAVE A PLAN BEFORE PAYMENTS START

Even if you’ve yet to begin payments, you can talk to your servicer to start off in an income-driven repayment plan when payments begin in January, Buchanan says.

Several private lenders are offering disaster or emergency forbearance for up to 90 days in addition to any existing options. Unlike the current automatic pause on federal loans, any private loan forbearance still accrues interest.

Related: Inside the college campuses of America’s most elite schools

Inside the college campuses of America’s most elite schools

This decorative iron gate is the entrance to the Memorial Quadrangle on the campus of Yale University. The gate beneath Harkness Tower, crafted by Samuel Yellin, is the most ornate of his many works at Yale.

PRINCETON, NEW JERSEY – January 5, 2017: A look through one of the many arches at Princeton University

Princeton, NJ, USA – October 18, 2008: The tower and entrance to Alexander Hall at Princeton University stand out against a crisp autumn sky.