Since the beginning of election season, higher education has been at the forefront of the national conversation with candidates putting forth plans of varying ambition to address skyrocketing student loan debt, high tuitions and stubborn equity gaps.

Coming to the end of a long, winnowing process, only two Democratic presidential candidates remain, Sen. Bernie Sanders and former Vice President Joe Biden. Their plans for higher education policy differ in clarity and breadth, experts say, at a time when higher education policy may be more critical to voters than ever, as universities, their students and graduates prepare for an economy impacted by the coronavirus. 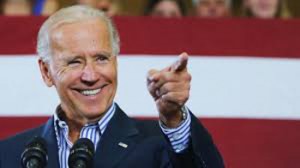 Famous for his stance on free college, Sanders’ plan puts $48 billion per year toward removing all tuition and fees at community colleges, public four-year colleges, trade schools, apprenticeships and tribal colleges. Low-income students would be free to use Pell grants for other costs like transportation, food, textbooks and housing.

Biden’s plan also proposes providing two years of community college tuition-free for students, and in March, he joined Sanders in proposing free public four-year college, as well, specifically for families with incomes below $125,000 a year. He would also double the maximum Pell grant. Both free college plans rely on federal-state partnerships.

Despite criticism, Biden’s most recent proposal is “pretty generous,” said Wesley Whistle, senior advisor for policy and strategy at New America’s higher education program. He pointed out that the plan covers a wide swath of people, given the median family income is below $125,000 – about $61,937 a year, according to the latest U.S. Census Bureau data.

On the free college debate, the candidates diverge, but “I think one of the things people miss is they’re actually not that far apart,” Whistle said.

There’s a wider divide, however, between the two candidates on how to respond to the student debt crisis.

While Sanders would forgive $1.6 trillion in student loan debt, a position he’s long been known for, Biden’s focus is on income-based repayment plans. He wants to make it so borrowers who earn $25,000 a year or less wouldn’t need to make payments on undergraduate student loans and everyone else would put 5% of their annual income – minus essential costs and taxes – over $25,000 toward their loans. Meanwhile, debt forgiven via income-based repayment plans would be exempt from taxes.

He also plans to revamp the Public Service Loan Forgiveness Program, an area of contention under the current U.S. Department of Education, with automatic enrollment in the program for people working in schools, government and the non-profit sector. Biden’s version of the program would offer relief from $10,000 of undergraduate or graduate student debt for each year of public service, up to five years. 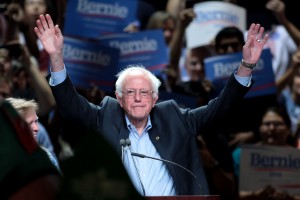 For some, Biden’s plan lacks the bold impact of Sanders’ widespread debt forgiveness.

While there’s debate among experts about whether full debt forgiveness would target the students that need it most, Dr. Jenna Sablan, assistant research professor at Georgetown University Center on Education and the Workforce, sees a “growing sentiment” that “some sort of generous student loan forgiveness” is necessary to address persistent racial disparities in student debt.

“The direction we’re moving away from is just tinkering around the edges with income-driven repayment plans and moving toward some sort of comprehensive student debt forgiveness as the equity-based platform,” she said.

Whistle is less convinced of the merits of mass debt forgiveness.

His issue with Sanders’ approach is that a one-time cancellation will give some relief, but it doesn’t address the systemic problems with student loans, he said. Even after $1.6 trillion is forgiven, “People are going to have to borrow the next day.”

In general, Whistle worries Sanders’ focus on affordability is at the cost of other issues important for underrepresented students, like accountability and student outcomes. For example, while Biden’s platform promises to crack down on predatory for-profit colleges, which disproportionately target students of color, Sanders makes no mention of it. He may think for-profits will fade away as students flock to free public universities, but still for Whistle, “it’s a piece that’s missing.”

Another area where he thinks Sanders’ plan may not be as comprehensive is its supports for Minority Serving Institutions (MSIs).

MSIs are an area of “common ground,” Sablan noted, with both candidates placing a lot of focus on these universities, but they put forth different “mechanisms” for how to sustain them.

Sanders’ plan puts $1.3 billion each year toward private nonprofit MSIs which serve student populations that are at least 35% low-income students. Meanwhile, like all public universities, public MSIs would be free.

Biden proposed an $18 billion investment for a series of grants, which would pay for students to transfer to public MSIs, free of tuition for two years. Another $10 billion would go toward developing 200 centers to improve the research capabilities of these schools, plus $20 billion for infrastructure, $5 billion for graduate programs in teaching, health care, and STEM, and another $20 billion for broadband service for rural and tribal colleges in addition to other supports.

On this, “Biden’s plan is really thorough and well thought-out in all aspects,” Whistle said.

But Whistle also sees holes in both of their higher education platforms, especially in the wake of the coronavirus.

Both should be thinking about policies that would protect students during the possible impending recession, he said. Their plans for free college rely on federal-state partnerships, and he fears cash-strapped states will cut university funding during an economic downturn. As a result, tuitions will go up and students will be expected to take out more student loans.

“Right now, we’re going to see a bunch of states having budget shortfalls or tight budgets in general, and the first thing they do when those happen is they cut higher ed,” he said. “There are a lot of states that are poorer than others, and that has a lot of equity implications itself.”

Sablan would like to see more emphasis on student supports from the candidates. She praised Sanders’ plan for doubling funding for the TRIO programs and increased funds for the GEAR UP program, and she highlighted Biden’s proposal to invest $8 billion in technology, health and safety services at community colleges. But she thinks the coronavirus exposed a host of needs that could use more attention, like emergency aid, mental health services and more.

The candidates’ plans mostly focus on – and differ on – “affordability in terms of student debt,” she said. “But now with the coronavirus, we’re really looking at an entire system of students’ economic lives – their incomes, their family incomes, their healthcare … All of these things are now disrupted,” she said. “And that’s going to intersect with higher education and financial aid in ways I don’t know we can anticipate the fully comprehensive nature of it.”

Sara Weissman can be reached at sweissman@diverseeducation.com.

When will student loans for Chicago residents resume? This is what we know.