The federal government CARES Act and various cities and banks are offering relief. Here’s what you should know.

Persistent layoffs are slowing momentum in the labor market, which bodes poorly for the broader U.S. recovery as millions of out-of-work Americans delay their mortgage and rent payments.

More than 6 million households failed to make their rent or mortgage payments in September, according to the Mortgage Bankers Association’s Research Institute for Housing America, a sign that the economic fallout from the coronavirus pandemic is weighing on jobless Americans as Congress stalls on relief measures.

In the third quarter, the percent of homeowners and renters behind on their payments fell slightly from the prior quarter. Still, the overall amount remains high, experts caution.

Housing: Home prices are held down by COVID-19 in big cities while climbing sharply in less crowded areas

Rent: Where are rents rising and falling the most in big cities after COVID-19?

Over the summer, rent and mortgage payment collections improved as states resumed business reopenings and more Americans returned to work. High unemployment, however, continues to place hardships on millions of U.S. households.

The unemployment rate fell to 7.9% from 8.4% in August, the Labor Department said earlier this month. Overall, the economy is still recouping jobs in outsize fashion after shedding a record 22.1 million in early spring, but the recovery is slowing.

In September, 8.5% of renters, or 2.82 million households, missed, delayed or made a reduced payment while 7.1%, or 3.37 million homeowners, missed their mortgage payment.

Renters receiving unemployment benefits rose from 3% in early April to 7% by the end of September. Mortgagers getting jobless aid remained unchanged at 3% during that time span. 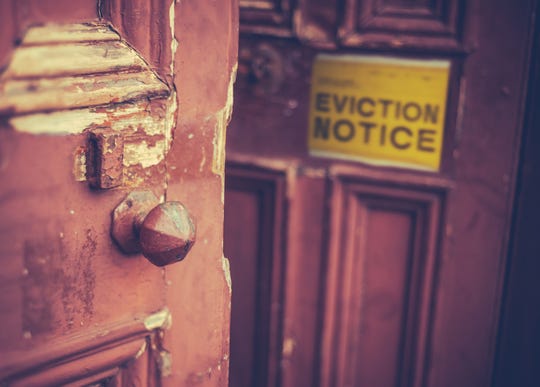 Congress hasn’t approved additional coronavirus relief since March, when both chambers came to bipartisan compromises on a handful of bills that totaled more than $3 trillion, including one-time $1,200 checks to Americans and a $600 weekly unemployment boost.Economists worry that millions of U.S. households face the prospect of falling further behind in the coming months without another round of much needed federal aid.

“With the current eviction moratorium expiring in January, the situation could be even more challenging for renters,” Gary V. Engelhardt, professor of economics in the Maxwell School of Citizenship and Public Affairs at Syracuse University, said in a note. “Many renter households across the country could find themselves with no place to live and no means to repay missed payments.”

In September, the Trump administration implemented a national moratorium on residential evictions through the end of the year. The moratorium, which will run through Dec. 31, applies to individuals earning less than $99,000 a year and who are unable to make rent or housing payments.

Republicans and Democrats have been deadlocked for months over passing a new coronavirus stimulus package, sparring over issues such as the amount of money to give in a federal unemployment benefit.

The Republican-controlled Senate is set to act on a roughly $500 billion relief proposal next week, an amount rejected by congressional Democrats as insufficient to tackle the pandemic. On Wednesday, Treasury Secretary Steven Mnuchin said that passing another COVID-19 relief package before the election would be “difficult.”

Millions of student debt borrowers, meanwhile, have fallen behind on their payments, which could have ramifications on their credit, experts caution.

In September, roughly 26 million people missed their student loan payment. The proportion of student debt borrowers who missed a monthly payment has remained steady at 40% since May.

Student debt borrowers receiving unemployment rose from 3% in early April to 8% by the end of September. In August, the Trump administration extended relief from March and suspended student loan payments, stopped collections and waived interest on federally held student loans until Dec. 31.

“Borrowers ending up in default would see an adverse effect on their credit, in turn making it potentially more challenging for them to rent or qualify for a mortgage,” Engelhardt added.

Under the CARES Act passed in March, homeowners with loans who are struggling financially because of the pandemic can request a forbearance for up to 180 days, which may be extended for an additional period of up to another six months if borrowers are still under financial duress.

Forbearance allows borrowers to pause or reduce their mortgage payments, but they still have to repay those missed payments in the future. But the CARES Act relief applies only to federally-backed mortgages. For those who have non-government-backed or private loans, the forbearance or deferment options are left up to a loan servicer’s discretion.

Coronavirus Tanked the Economy. Then Credit Scores Went Up.

Coronavirus Tanked the Economy. Then Credit Scores Went Up.